A professional tool can use for recovering your home; office, network password. Free WiFi Hacker has launched beta testing with extensive features. Here in this topic, we will discuss all of its features and the complete tutorial on how to hack any wireless network by using wifi password hacker. There are many other ways to hack the wireless network. But they all are tough and not be comfortable for the universal audience. 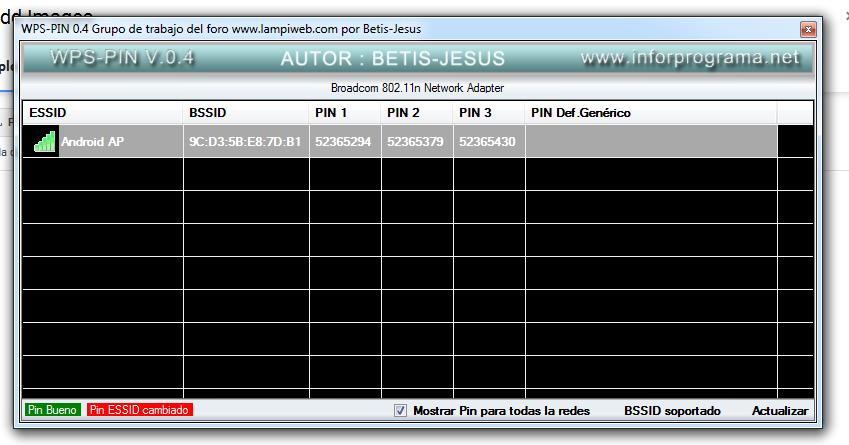 The different tools available as a part of the AirCrack suite can be used for tasks like monitoring, attacking, pen testing, and cracking. With the Aircrack-ng software, you can crack Fossbytes Academy 2.

As said above, Cain and Abel is available for different versions of Microsoft Windows operating system. Fern WiFi Cracker As the name suggests, Fern WiFi Cracker tool is meant for analyzing your network, finding the loopholes, and plugging them to ensure maximum security.

Written in Python programming language, this ethical hacking program can run different network-based attacks on ethernet and wireless. You can use Fern WiFi Cracker on any Linux machine with different dependencies mentioned on the project page. Reaver If you know the actual strength of your WiFi security, you can take some actual steps to make it more secure. In practical situations, you can get results even sooner.

Reaver can be installed on Linux distributions. This tool also comes preinstalled in many ethical hacking distros, including Kali Linux. Wireshark Wireshark is undoubtedly the most famous network protocol analyzer around.

This software gives you the power to inspect hundreds of protocols and get the best results with the help of live capture and offline analysis. Infernal Twin The 6 entry on our list of best WiFi hacking software has a very interesting name. You can use it to automate Evil Twin attack, which creates a fake WiFi access point to sniff wireless communications. This GPLv3 licensed security tool, written in Python, can be installed on Linux distros and used for a network audit and pentesting.

Wifisher Wifisher is a WiFi security tool that has gained popularity in recent years. It could be used by hackers for carrying out automated and customized phishing attacks to infect the victims or obtain credentials. While Wifisher can be used by most of the Linux distros, Kali Linux is the officially supported OS and all the new features are supported on this platform. Before doing that, you can use tools like Reaver to collect shared keys and decrypt hashes.

This tool can be used with or without a wordlist for cracking. Honorable mentions: There are tons of other WiFi security tools that you can use and make sure that your network is secure.

Some more notable tools are: So, which WiFi Hacking Software are you going to use in , let us know in the comment section below.

Yet it is the details — those obscure Internet protocols and arcane terminology — that make hacking seem difficult. There are basically just two ways hacking is done in public wifi hotspots. The first is passive sniffing. Remember that wifi signals are just radio waves.

So do not hack Wi-Fi network for illegal works or in a risky place. Download SmartKey Wi-Fi Password Recovery: WiFi Password Hacker is an free Wi-Fi password hacking software that can hack any security and break. Lx Android Multi Tool Full Tested ree west.u6831319.isp.regruhosting.ru will give almost all kind of solution to your smartphone. Either you are using An Android or an iOS. Always get the permission of the network owner BEFORE you try to hack their network!Got an Download Dumpper, WPSwin and Language Pack here.