Steinberg Cubase Pro 9.5 Review – All you need in a DAW?

Steinberg Cubase 5 review Cubase is 20 years old this year, so it’s strange to think that it has only reached version 5. Its two-year turnover is slow, though, and a lot has happened in the two years since version 4 was launched. Steinberg has responded with a swathe of inspired new features, many of which will have a big impact on the creative process. Pick of the bunch is VariAudio, a vocal pitch-correction editor in the style of AutoTune. 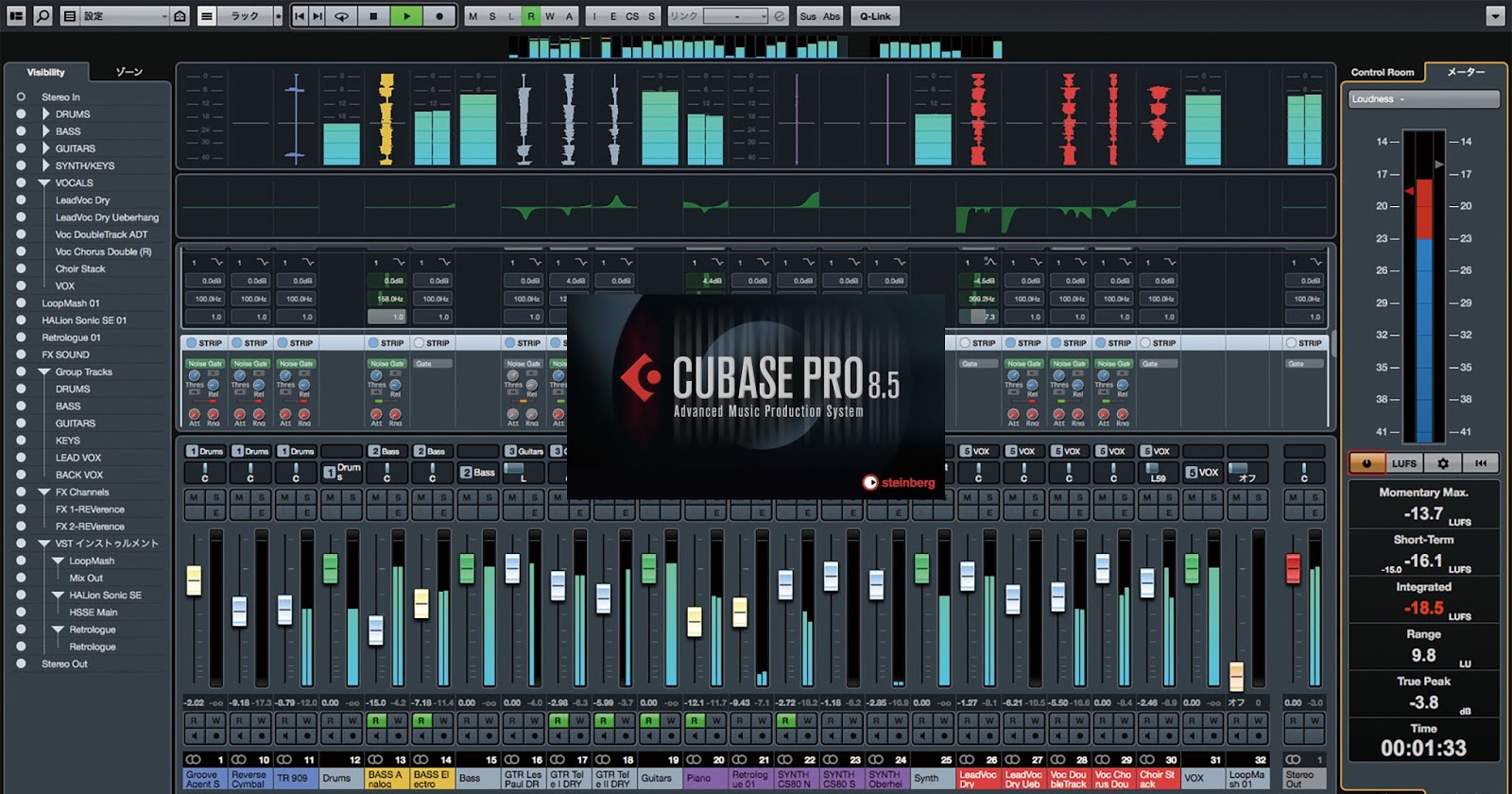 It’s been nearly nine years since Sound On Sound last reviewed Cubase 5. However, that was version 5 of the original Cubase application, the last version released before the introduction of Cubase SX. Unlike the earlier versions of Cubase SX, which added interesting tools for musicians to embrace, Cubase 4, if I’m being honest, just didn’t seem that exciting to me. However, in the two years following Cubase 4’s release, Steinberg released two important updates: Enter Cubase 5.

Perhaps the biggest down side to having Tempo and Time Signature variation implemented within tracks rather than as part of the main ruler is that it’s currently not possible to add these types of tracks to other editor windows, such as the Key editor.

A series of indicators underneath the Virtual Keyboard display shows you which octave you’re playing, and you can adjust this range with the left and right cursor keys. Note, however, that VariAudio is only available in the full Cubase 5: Cubase Studio 5 users will have to upgrade to Cubase to get this feature. For example, if VariAudio fails to distinguish two notes of the same pitch that are very close to each other, you can simply divide that one Segment into two at the appropriate place on the waveform.

Segments can be dragged up and down to different pitches, just like notes in the Key editor, which is great for rewriting parts. You don’t necessarily have to adjust each Segment manually, thanks to two useful functions that proportionally adjust the currently selected Segments closer to an absolute state.

You can freely drag Segments up and down to adjust the pitch, but not from side to side. This causes Warp Tabs to be created, meaning that adjusting the start and end points of a Segment can affect any Segments that might be either side of the one in question.

This limits the type of timing edits that can be performed using VariAudio, but it’s not dissimilar to the way this type of editing is handled in the current version of Melodyne. As well as manipulating audio, VariAudio has another neat trick up its sleeve: However, for the most part, the method for how we use sequencers to program these sampled instruments has remained largely the same, and the sequencer is mostly dumb about the context of the music being programmed.

This is fine, but it can make editing the resulting MIDI data quite difficult, since you have to remember what the various key switches trigger — and, rather annoyingly, since they are merely notes, key switches don’t chase, so if you jump around to different parts of the Project, most sequencers won’t know to go back and find the last key switch to ensure your pizzicato section really does play pizzicato.

An Expression Map defines Articulations, and there are two different types of Articulation provided: Directions and Attributes. For example, if our imaginary violinist is playing an arco passage but the occasional note should be played staccato, the Direction will be arco, and the staccato notes will be assigned the staccato Attribute. This is obviously pretty powerful, but what’s even more useful is that Articulations aren’t just there to provide access to key switches.

This is important because it means that when you perform key switches on your MIDI keyboard, Cubase now knows about these key switches and will record them as Articulation events instead of MIDI notes. While the input and output mapping options are quite comprehensive, there are a couple of extra options that would make Expression Maps even more useful.

While the Articulations controller lane enables you to see all Articulations, from an editing perspective it’s most convenient for working with Directions. The ability to colour notes by Attribute would be very helpful. There are a couple of areas where the layout of Articulations could be improved. One would hope this would at least be possible with those made by Steinberg.

At the bottom of the Beat Designer interface are global controls for how the flams are performed, and you can adjust the timing and velocity of the flams. Being able to vary the timing is actually very neat, because this makes it possible to have the flams play before or after the beat. Not enabling Jump mode lets you still trigger sounds on the MIDI Track rather than changing patterns, which is also quite useful.

Agent Of Your Tunes? There are 16 stereo outputs available from Groove Agent ONE, and it’s possible to assign individual pads to any of these outputs. A particularly neat trick Groove Agent ONE has up its virtual sleeve is that it’s also possible to use it for playing back sliced loops.

Like any piece of software, it would seem, Cubase 5 isn’t perfect. But at least Steinberg will be addressing many of these issues in the forthcoming 5. With so many preferences, it’s becoming really hard to remember where to find certain options, especially when they get moved around from version to version or disappear altogether. Mac OS X Tiger’s System Preferences window showed one possible approach to locating certain settings, allowing you to search for items and having the window disclose where suitable matches might be found.

We really need something like this in Cubase. If someone could just explain to me why the version with fewer features is the one that’s called Cubase Studio, I’d love to understand this particularly odd convention.

Mash It Up! When you drag in a loop from the Project window or Media Bay, its rhythmic and spectral properties are analysed, it’s chopped into quaver slices and it’s placed onto one of eight tracks.

Most of the magic happens algorithmically, but there is some user control. A slider on each track tells LoopMash how vigorous it should be in detecting similar slices. The lower the value, the fewer slices will be used from that track. You can also set how many slices should play at the same time, so if you have two loops playing and ‘Number of Voices’ is set to 1, only one slice will play at a time.

You can choose how many slices can be triggered from the same loop at once, and set a randomisation factor to vary the results. The plug-ins bundled with DAWs are often fairly uninspiring, but LoopMash is a quirky exception, generating from existing audio loops ideas you would never otherwise have thought of. But, perhaps best of all, Reverence is capable of surround operation, with many surround impulses provided to take advantage of this capability.

Cubase’s red CPU overload indicator started flashing and the audio output became garbled. The stereo version worked just fine, however, and seemed quite efficient. The grey line indicates the actual values that will be sent to your MIDI device, having been modulated by the automation events on the same track.